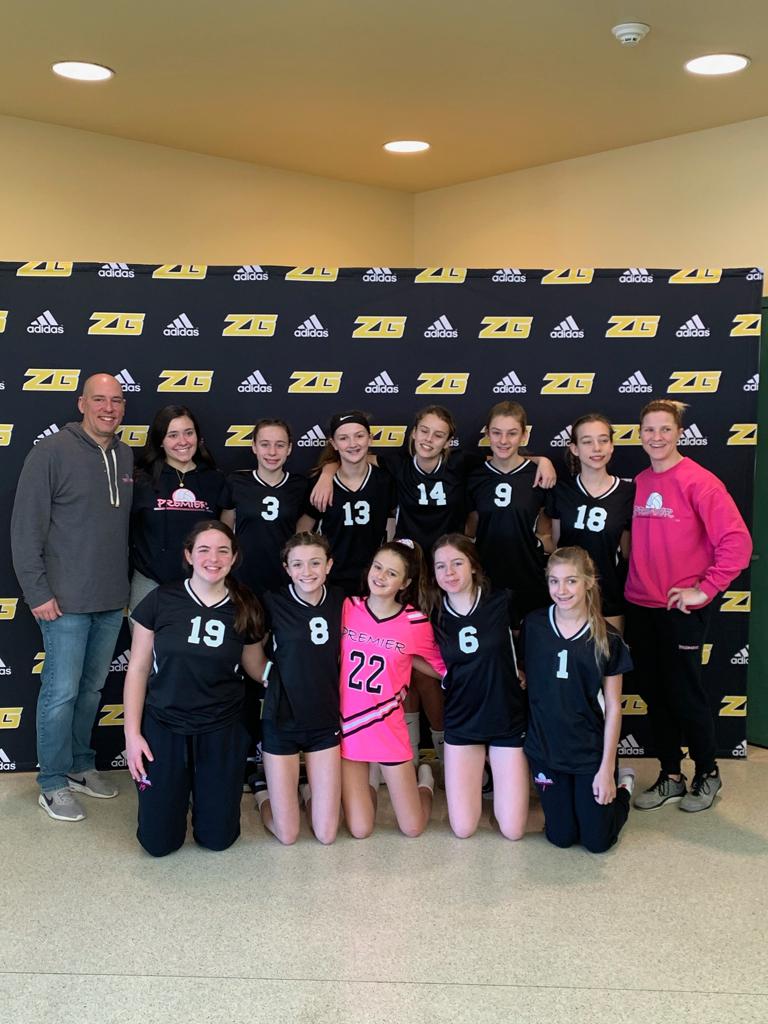 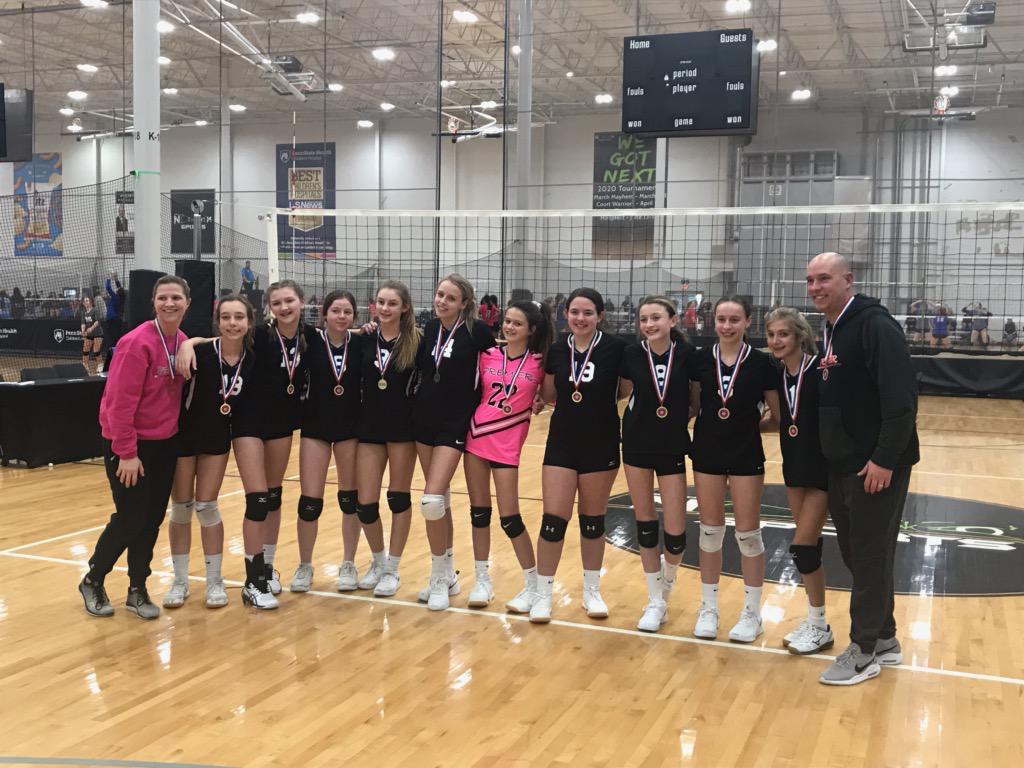 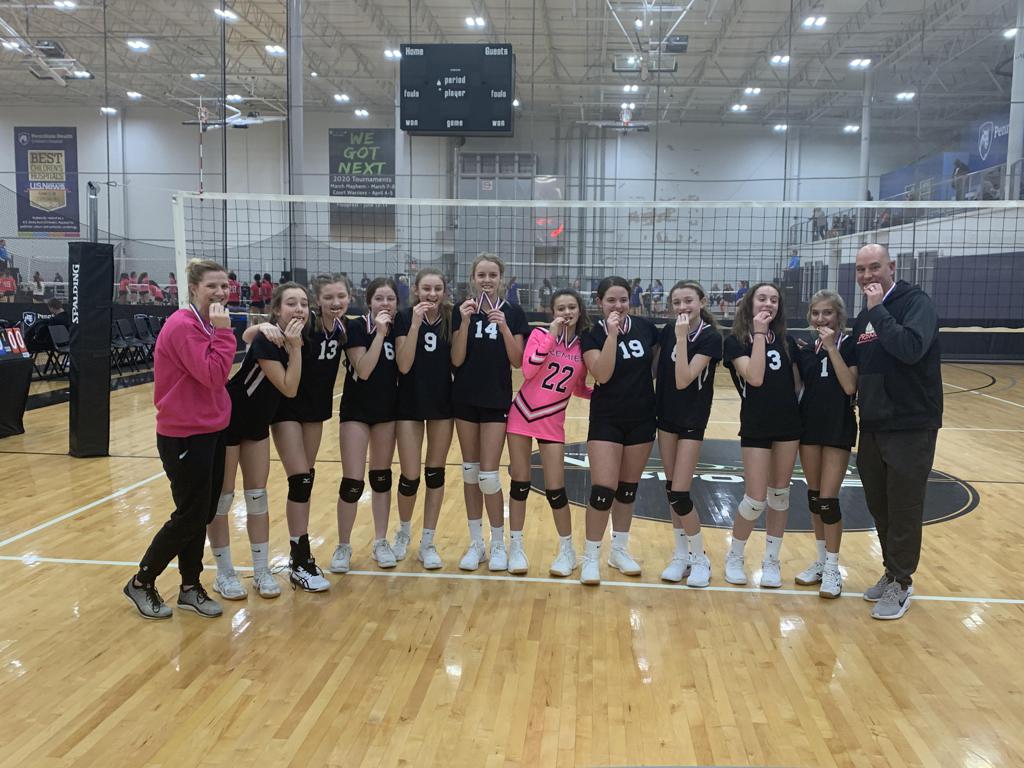 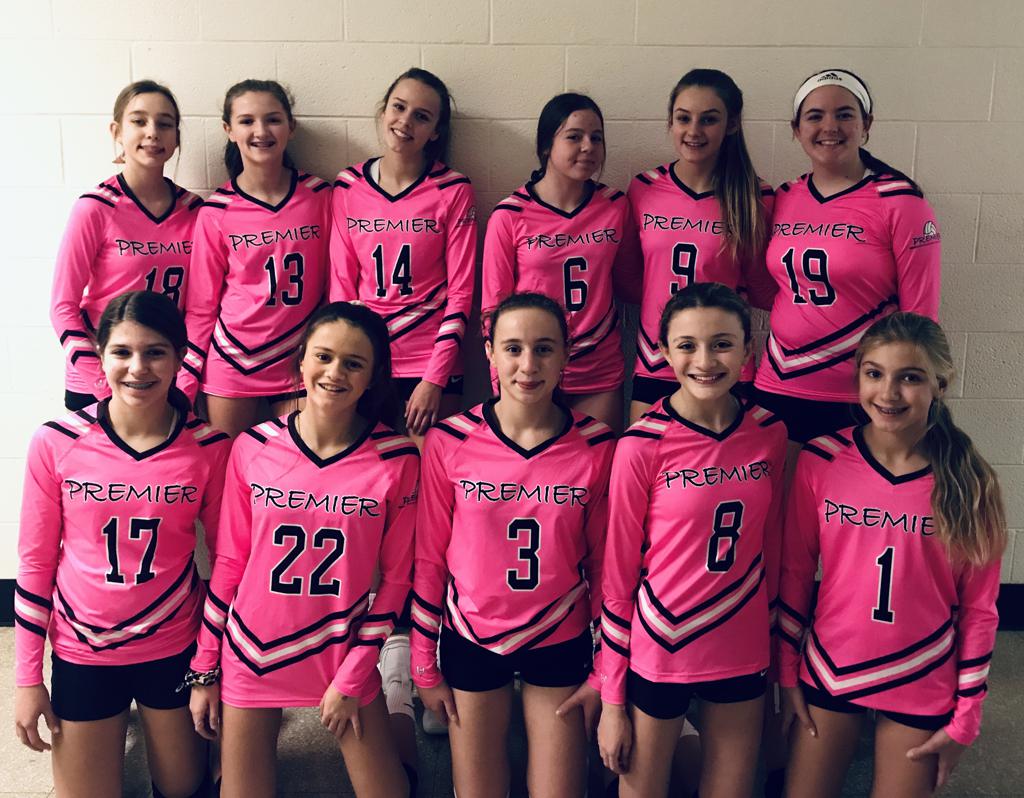 We are excited to announce and celebrate that Premier Fusion of our Pink Division earned an American bid to the USAV Nationals.  Given the cancellation of our CHRVA Bid Championships unfortunately, the Region begin allocating bids based on the team ranking.  When the CHRVA's Indoor Season was halted, Premier Fusion was ranked 5th Nationally in the 13 Age Group.   They were offered bid on Monday evening and then unfortunately, after due to COVID-19 crisis, the USAV Nationals was cancelled.   We believed this was the right decision and it still very disappointing that the team will not be able to attend. Nevertheless, this is a great accomplishment.

Let's look about this team.

Seven  Fusion players began their time with Premier as 12s last year and had a great season with Coach John Robino.  Those players are  Maddie August,  Erica Faedtke, Gianna Folke, Brooke Higgins, Madison Robino, Caitlyn Russo, and  Emily Wilson. This was very successful in 2019.  They won three Silver medals, placed sixth at Irish Rumble and ended their season bringing home the Gold in at Non Bid Championships.  So the foundation was set for upcoming season.

In their first tournament, they traveled to York PA to compete in 3 day tournament MLK Kickoff Challenge.  They completed in , competed in 13 National, kicked their 1st day with 3-0 finish, taking 1st in their pool.  For Day 2, the competition was a bit tougher but they finished 2-1 for 2nd in the pool and a spot in the Gold Playoff Bracket.  Facing a CJVA in the 1st round, they fell a bit short to lose their match in the bracket.  They finished 5th out of 20 teams!  Incredible start Fusion!

Next, they traveled into PA, Premier Fusion played in KRVA Queens of Courts 13/14 Division this past weekend.  Playing in three pool with two 14s team, they finished 3-3 in pool play to earn the 1st seed in the Gold Bracket for 13s and earned the Bye.  In the championship match, they faced EDGE ELITE 13 Black and defeated them in straight sets and the gold medals were theirs.  Well done, Fusion!

"I was proud of the team for doing the little things this past weekend. We played up when we needed to and took care of business when we were supposed to". -- Coach John

Then, they finished  3RD in Maryland Juniors 13/14 Mixed and then followed by winning the silver bracket at MDJRS 13 OPEN.

With these results,  they were accepted in 13 Bid Championships with national ranking in the region of 5th.

We are extremely proud of this team and their coaches.