Premier EDGE 14-17, Premier Boost and Premier Shadow traveled to Boston this past weekend.

Playing in 15 Open, Premier EDGE 15 started the morning up with an exciting 3 setter match and lost the deciding set 15-13, but then they rebounded and won their next two matches.  The pool ended in the three way for 1st in match play and Premier EDGE 15 took 1st in the pool with the best set record.

Also playing their age group OPEN division, Premier EDGE 16 kickoff early in the morning. They finished 1-2 on the day to take 3rd in their pool.

Premier EDGE 17 also begin their play in Boston in 17 Open Division on Friday.  Their 1st two matches were battles - both going three sets but  unfortunately,  they lost both along their last match to finish 4th it their pool.

Premier Shadow, playing in 16 USA division, started off strong with a win for their 1st match but faltered in their last two matches to finish 1-2 and 3rd in their pool.

Premier Boost, competing in 17 USA division, fought hard throughout the morning pool but finished 0-3 for the day.

Premier EDGE 14, the only team playing in the afternoon, worked hard late in the evening. They finished an impressive 3-0 to take 1st in their pool. 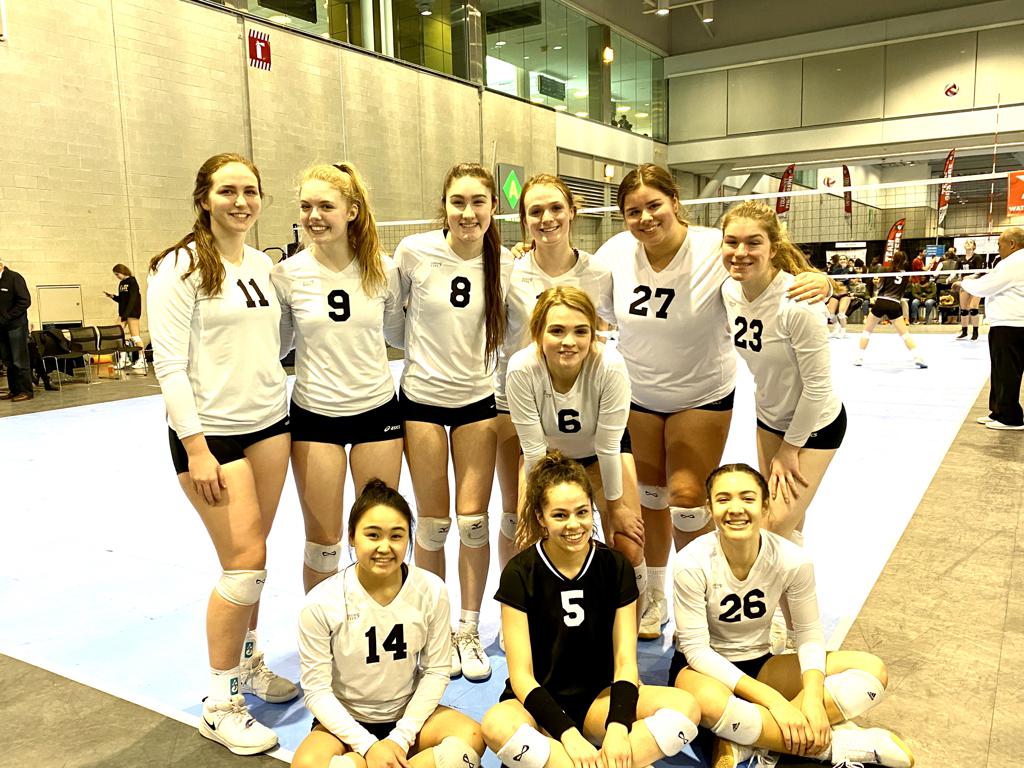 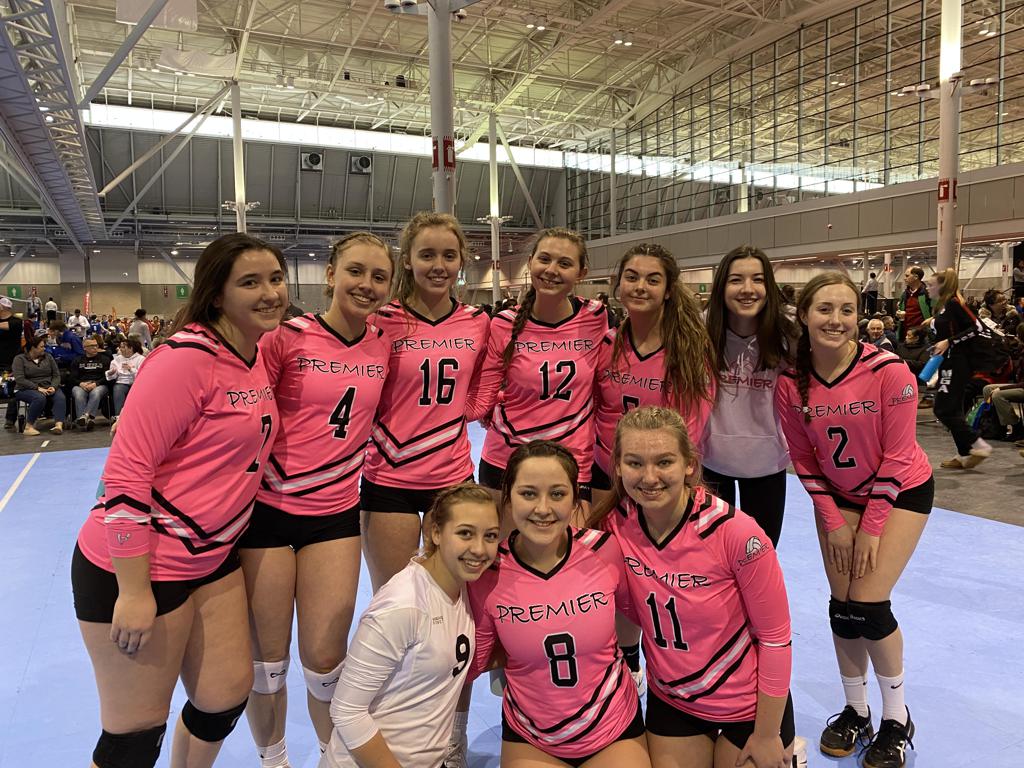 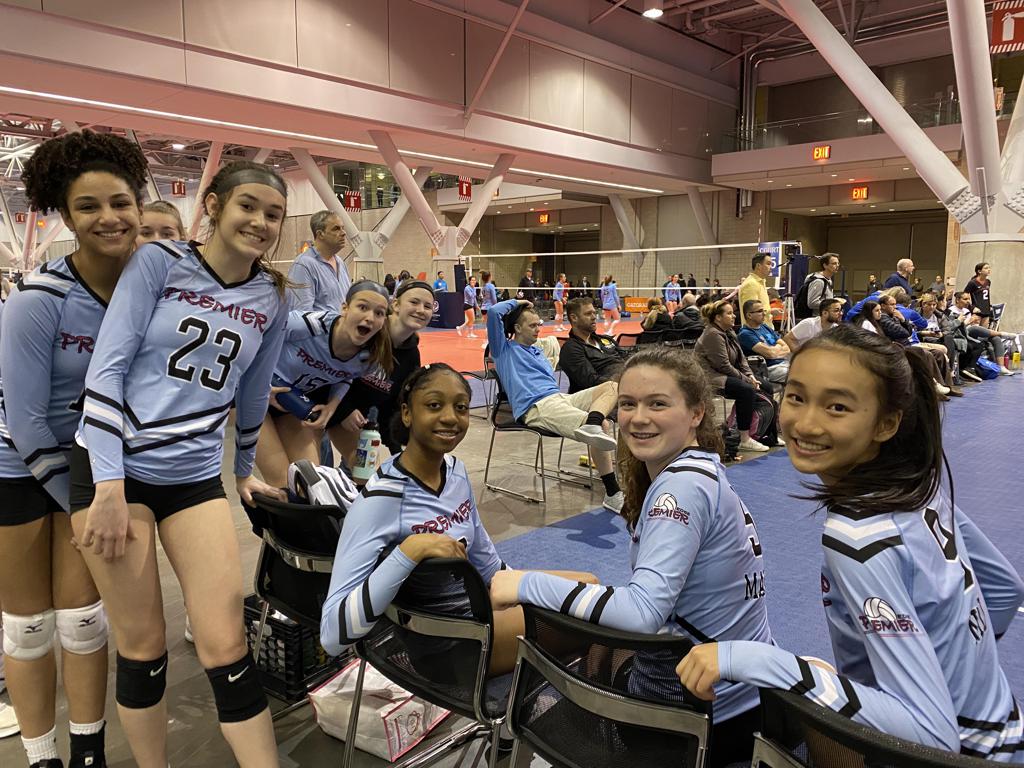 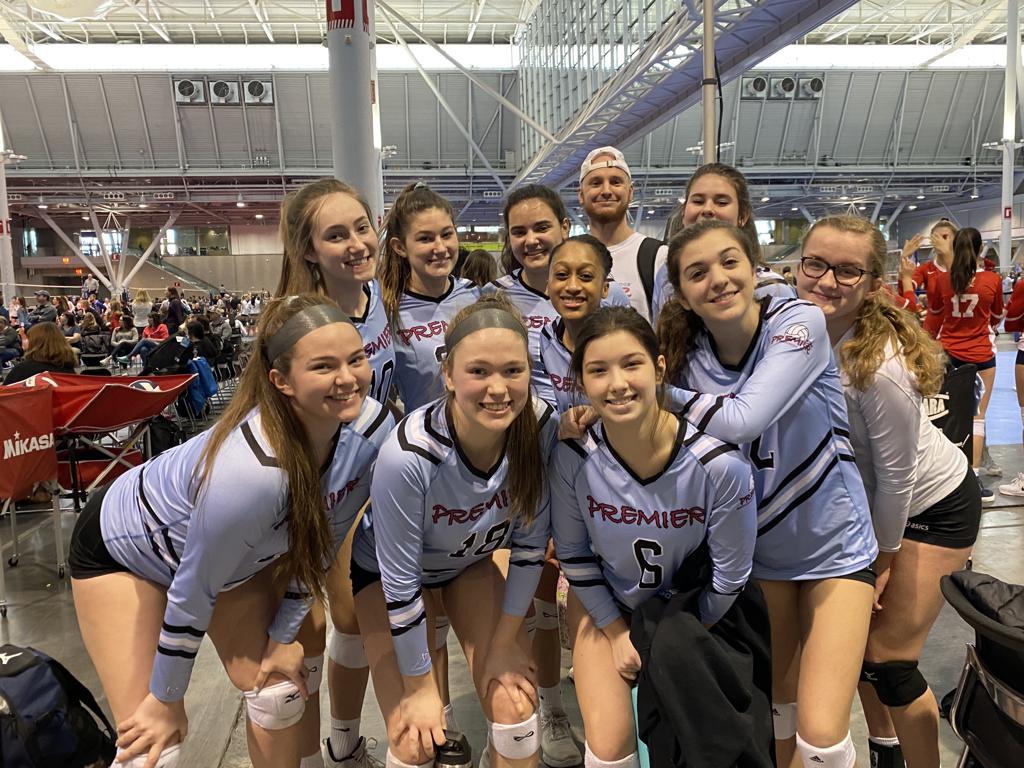 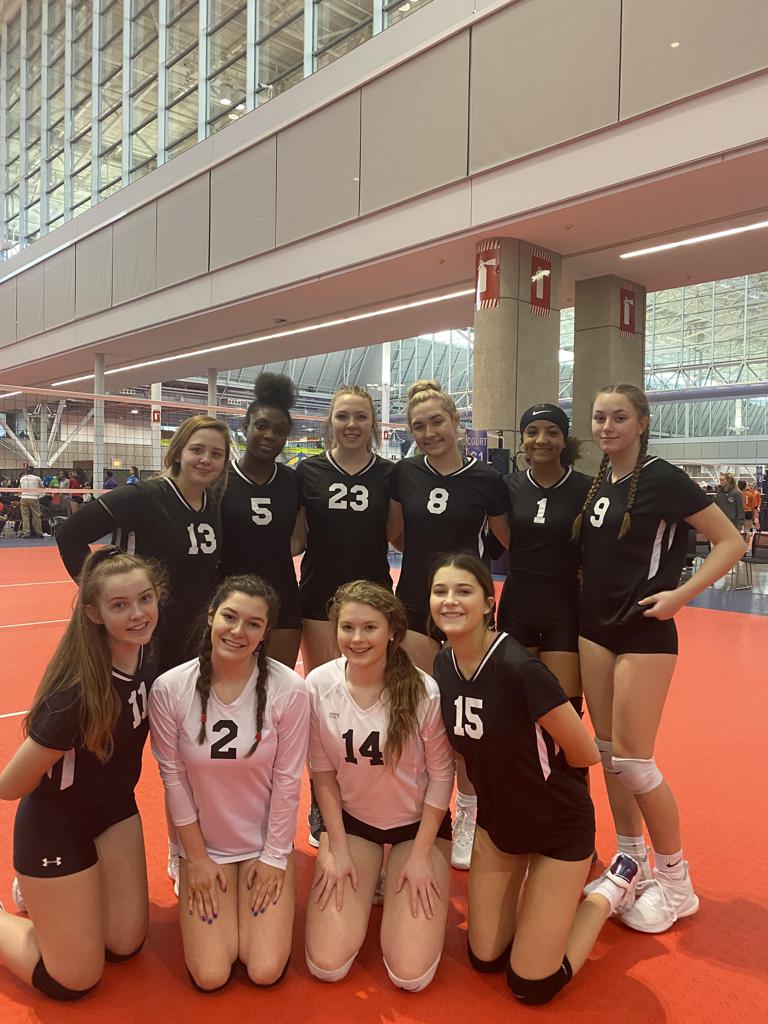 Hoping for a better day, Premier EDGE 16 kicked off Saturday strong with 2 big wins and dropped their last match to take 2nd in their pool.

Premier EDGE 15 started the day in 3 team pool where they finished 1-1 and moved to crossover match to decide gold or silver bracket.  They lost the crossover to advance to the Silver Bracket.

Premier EDGE 17 also participated in 3 team  pool and followed by a crossover.  Winning all of those matches, they proved that they are stronger than their Friday's performance show, they advanced to the Bronze Bracket.

Looking to perform better on Day 2, Premier Shadow did just that and finished 2-1 and took 2nd in their pool.

Premier Boost,  playing 3 team pool, went 0-2. In their crossover match they got their 1st win  to finish 1-2 on the day.

Once again playing in the evening, Premier EDGE 14 competed in 4 team pool. Meeting some tough competition, it was a long night with long rallys, 3 setters and a few stoppages of play for protests and support from lot of Premier players, coaches and parents.   By 11pm, the pool finished Premier EDGE 14 was 3-0 again, 1st in their seed and on their way to semi finals of 14 Open Division on Sunday.

Premier EDGE 16 won both their matches to win the Flight 2 in 16 Open Division to finish 21st overall. 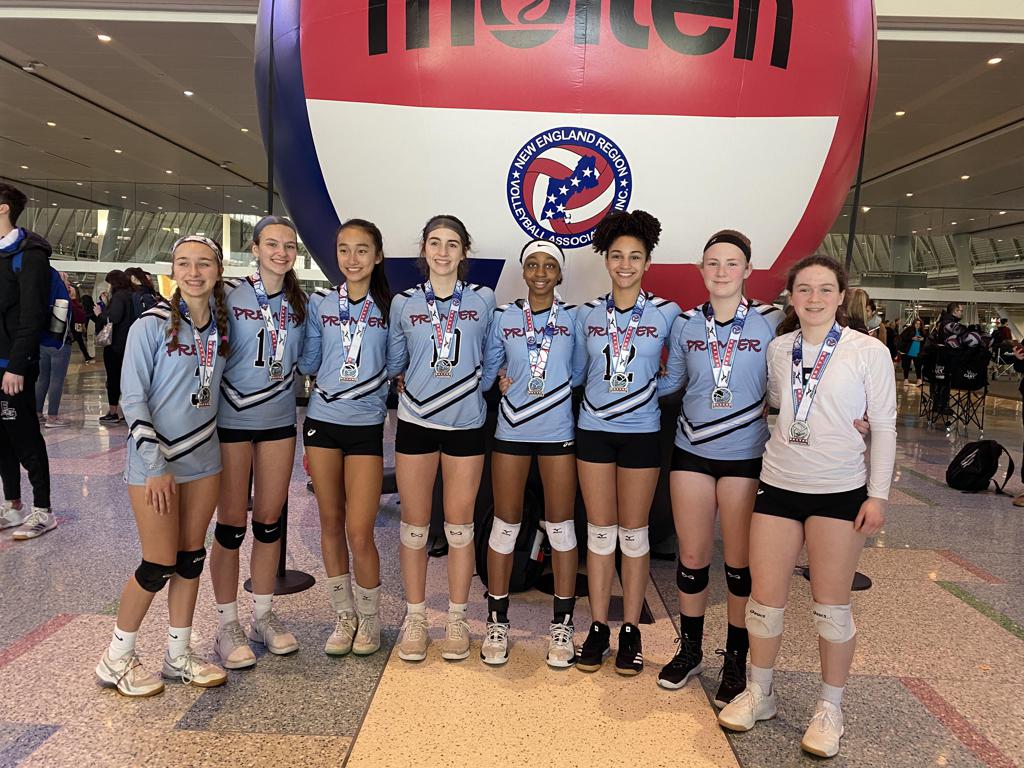 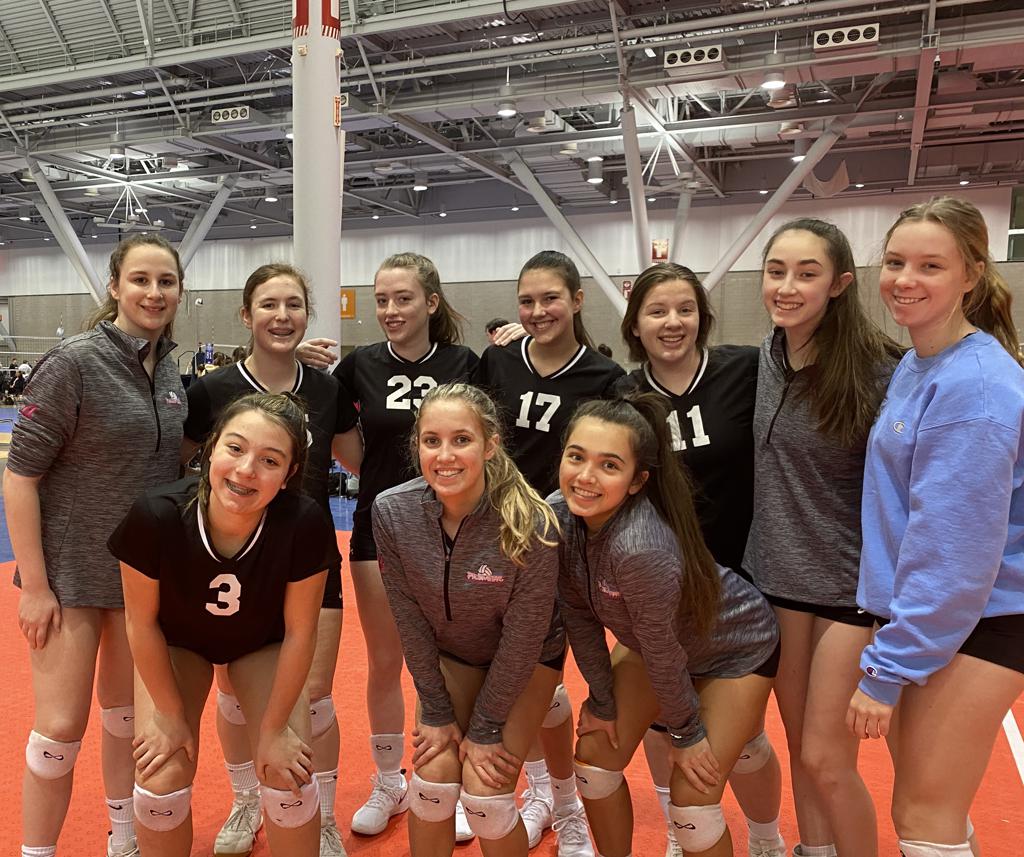 Special Thanks to our Premier EDGE 16 for an excellent takeover of our instagram account and sharing their trip to Boston with all of US.

Click this video of Premier teams in time in Boston!!